“YONEX-SUNRISE Hong Kong Open Badminton Championships 2019” continued the matches of second round at Hong Kong Coliseum today (Nov 14). Amid the cheers and support from fans, the top Men’s Singles player from Chinese Taipei, Chou Tien Chen, rallied from behind to defeat Kashyap Parupalli from India to reach the quarterfinal. Meanwhile, Anders Antonsen from Denmark emerged as winner in the first encounter against Lin Dan.

With a spectacular performance this year, Chou Tien Chen is now ranked at No.2 in the world, and has become the highest seeded player in the Hong Kong Open after World No.1 Kento Momota from Japan withdrew due to injury. But Chou’s journey in Hong Kong has not been easy. After edging out Kanta Tsuneyama in a tight first-round match, Chou had to play three sets against Kashyap Parupalli today again. After taking the first set at 21:12, Parupalli was in a controlling position most of the time in the second set with three match points. But Chou recovered in time to grab the set at 22:20, before completing a thrilling comeback at 21:10 in the decider. He advanced to the quarterfinal.

Chou raised his arms and cheered after the match. “My opponent was well prepared today and knew my game well. He was able to return and attack many of the balls even though he was not at a comfortable position,” Chou said, adding the main reason for his comeback today was his fighting spirits. He also expressed special gratitude for the fans for their support.

The 22-year-old, up-and-coming Danish player, Anders Antonsen, challenged former No.1 Lin Dan today. The Danish player has been a rising star, after finishing as the first runner-up at the BWF World Championships, and is now No.3 in the world. The battle was fierce at the onset, before Antonsen scored four straight points twice and took the first set at 21:14. Although Lin tried to get back in the game in the second set, Antonsen proved to be too formidable today and sealed the match at 21:11. After this straight-set victory, Antonsen will face Jonatan Christie tomorrow at the quarterfinal.

Antonsen, 14 years younger than Lin, said it was a dream-come-true moment for him to defeat Lin in their first encounter. “I’ve grown up watching Lin Dan playing, and he is one of my most respected persons. Lin had an explosive and robust power when he was young, and he has become more skillful in recent years and moved fast when needed. Dealing with a high-caliber player like Lin, I cannot think too much and have to stay focused and calm at every point,” he said. The Danish player also noted the Hong Kong Open is one of his most anticipated tournaments every year, which helps him better prepare for the World Tour Finals in December. He also expects a tough match against Christie tomorrow.

The quarterfinals of “YONEX-SUNRISE Hong Kong Open Badminton Championships 2019” will kick off tomorrow (Nov 15). Tickets have been available for sale at URBTIX (www.urbtix.hk), with the price ranging from $40 to $680. Concession tickets are available for students and senior citizens in some of the sessions. 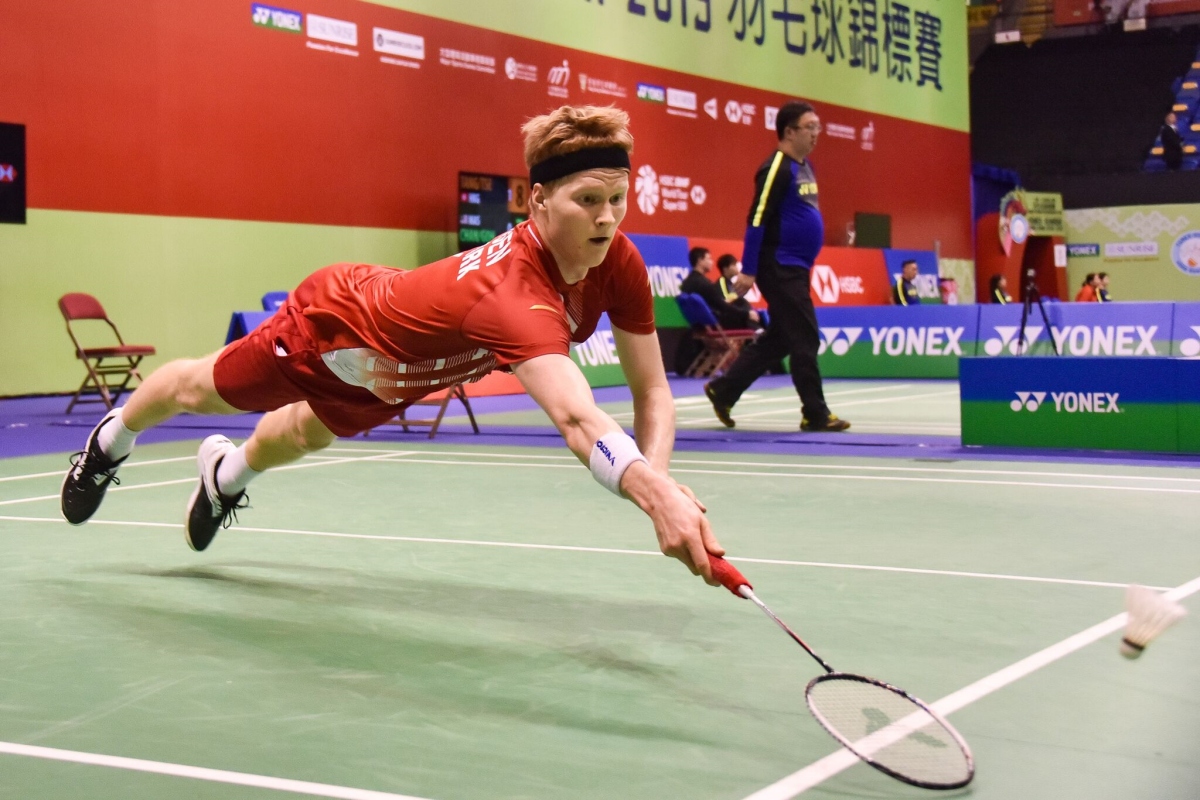