【Hong Kong Badminton Open】Tang/Tse Pair Advances to Next Round, Lee Cheuk-yiu Prevails in Thriller Against Shi Yuqi for a Spot in Quarterfinal After downing a Chinese Taipei pair in the first round a day before yesterday, Tang Chun-man and Tse Ying-suet, ranked No.13 in the world, encountered No.6 seeded Malaysian duo Chan Peng Soon and Masgoh Liu Ying in the second round. Although the Tang/Tse pair was seven places lower in the world ranking, they have won three out of four times against the Malaysian players before. Taking on the opponent on home soil, Tang and Tse trailed behind most of the time in the first set, but they recovered their game at the end amid the support of the fans and pocketed the set at 22:20 after deuce. With a more overwhelming performance in the second set, the home pair ended the match at 21:15 and reached the quarterfinal.

The pair said they have been more familiar with the court and the wind direction after the first round. “We were not happy with how we played in the first set, but we didn’t think too much. We are often in a position that we have to come from behind in a match, so we were not too worried today. We just took one point at a time. We were satisfied that we found our game more quickly in the second set,” they said. Many fans showed up today and shouted “Add oil, Hong Kong” to cheer for the Tang/Tse pair.

World No. 27 Lee Cheuk-yiu took on Shi Yuqi from China, whose world ranking is 20 places higher. In the first set, Lee never looked back after the first point and won it convincingly at 21:9. But Shi recovered his game in the second set and once held a 6-point lead. The second set was at last concluded after five deuces with Lee grabbing it at 26:24.

Lee said frankly after the match his victory today was due to Shi’s injury. “I know that he has hurt his leg in the Macao tournament, so today’s result does not prove which one is a better player,” Lee noted. Although his opponent was injured, Lee was not happy with his impatient performance and he had to edge out Shi at deuce in the second set. “I was irritated and wanted a quick win because of the opponent’s injury. But fortunately I was able to seize this chance,” he added.

Hong Kong’s sole representative in Women’s Singles, Cheung Ying-mei, faced No.7 seed He Bingjiao from China. The 206th-ranked Hong Kong player was able to keep up with the world No.7 Chinese athlete in the first set, but Cheung failed to convert the lead and lost the first set at 14:21, before giving up the second set again at 16:21.

Eliminated before the quarterfinal, Cheung said after the match she played hard in the past two days and her stamina ran pretty low. She did not have high expectation today against He, who is a better player, as she knew it would be difficult for her to strike a win. 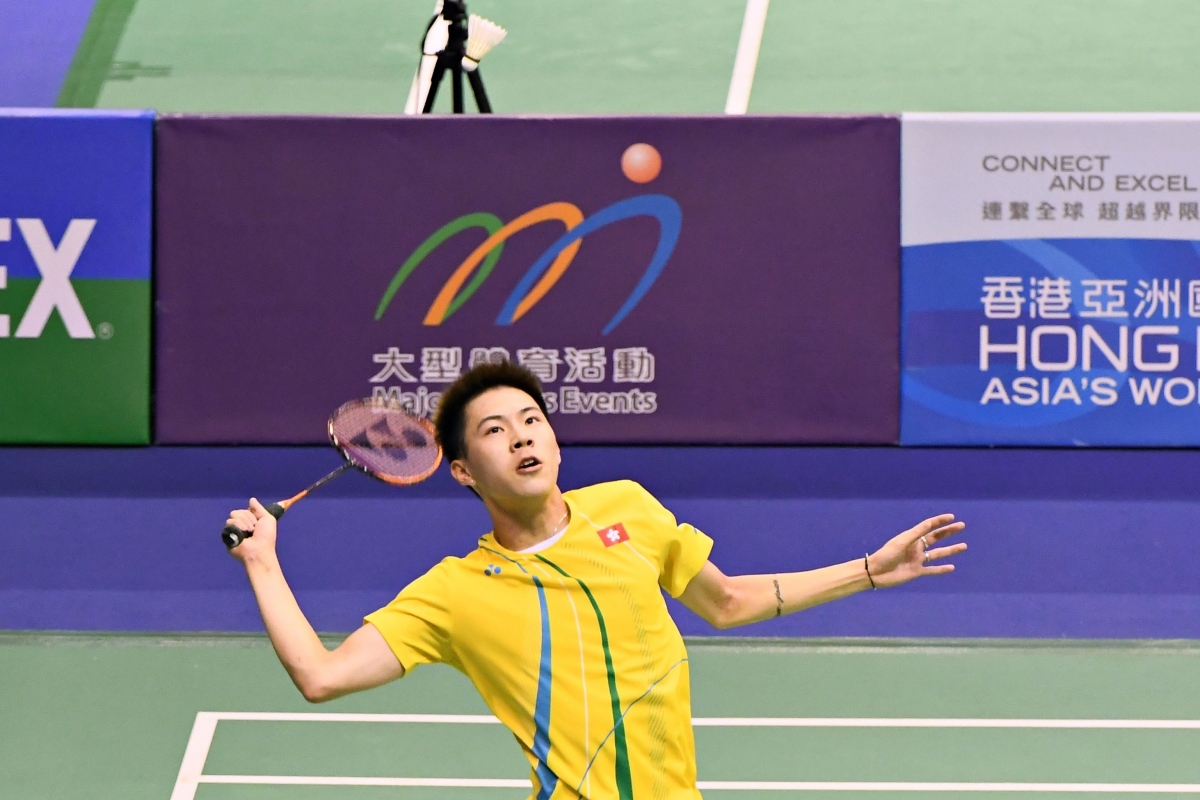