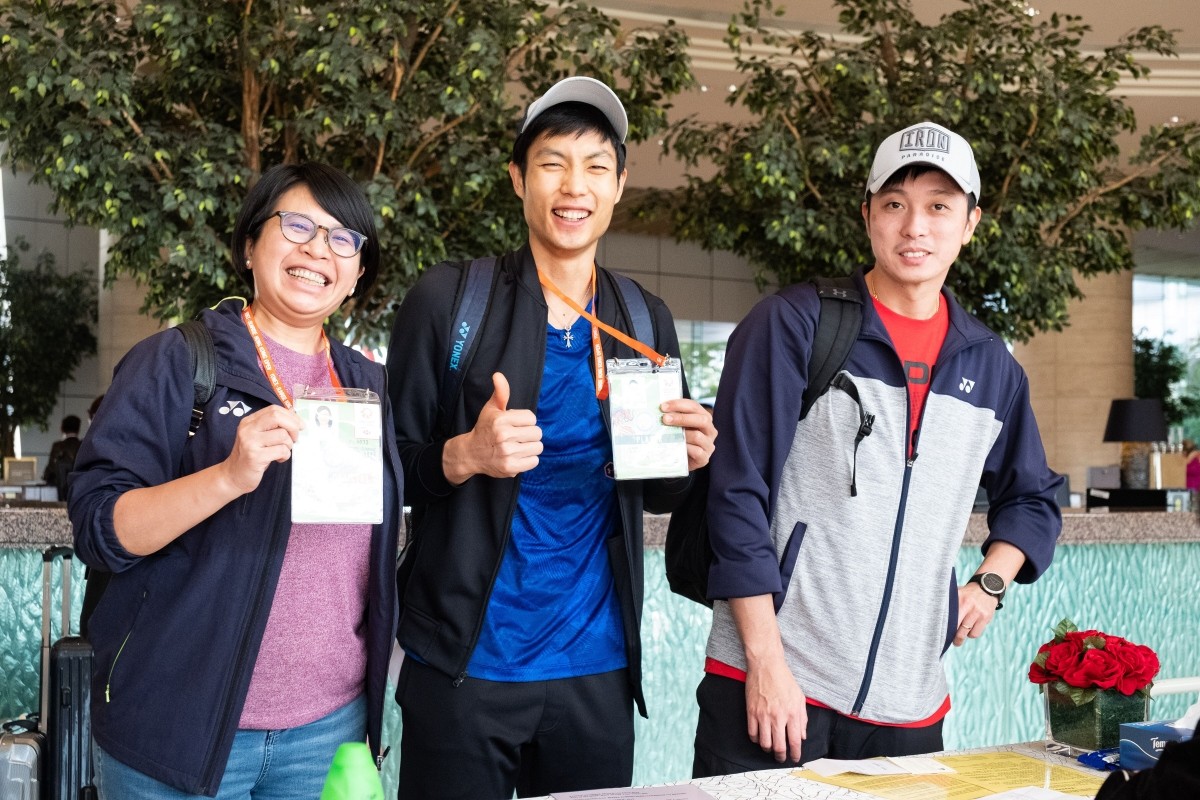 The 6-day “YONEX-SUNRISE Hong Kong Open Badminton Championships 2019 part of the HSBC BWF World Tour Super 500” will commence tomorrow (Nov 12) at the Hong Kong Coliseum. All the players have arrived in Hong Kong to prepare for the fierce battle. Top players who have just completed the China Open in Fuzhou are in their best condition and ready for the competitive matches in Hong Kong.

As one of the BWF World Tour tournament, Hong Kong Open continues to attract numerous top players from the world. India was the first team to arrive last Saturday (Nov 10). Their World No.6 Women’s Single player Sindhu P. V. looked quite confident upon arrival, even though she just lost to Pai Yu Po of Chinese Taipei in the first round of the China Open. Chinese Taipei also arrived on the same day, their Men’s Singles player Wang Tzu Wei defeated by his own teammate Chou Tien Chen was also stopped in the first round. He will play against Sameer Verma in the Hong Kong Open. Wang said, ‘I didn’t set any target for myself, just want to play my level of game and do the right thing.’ 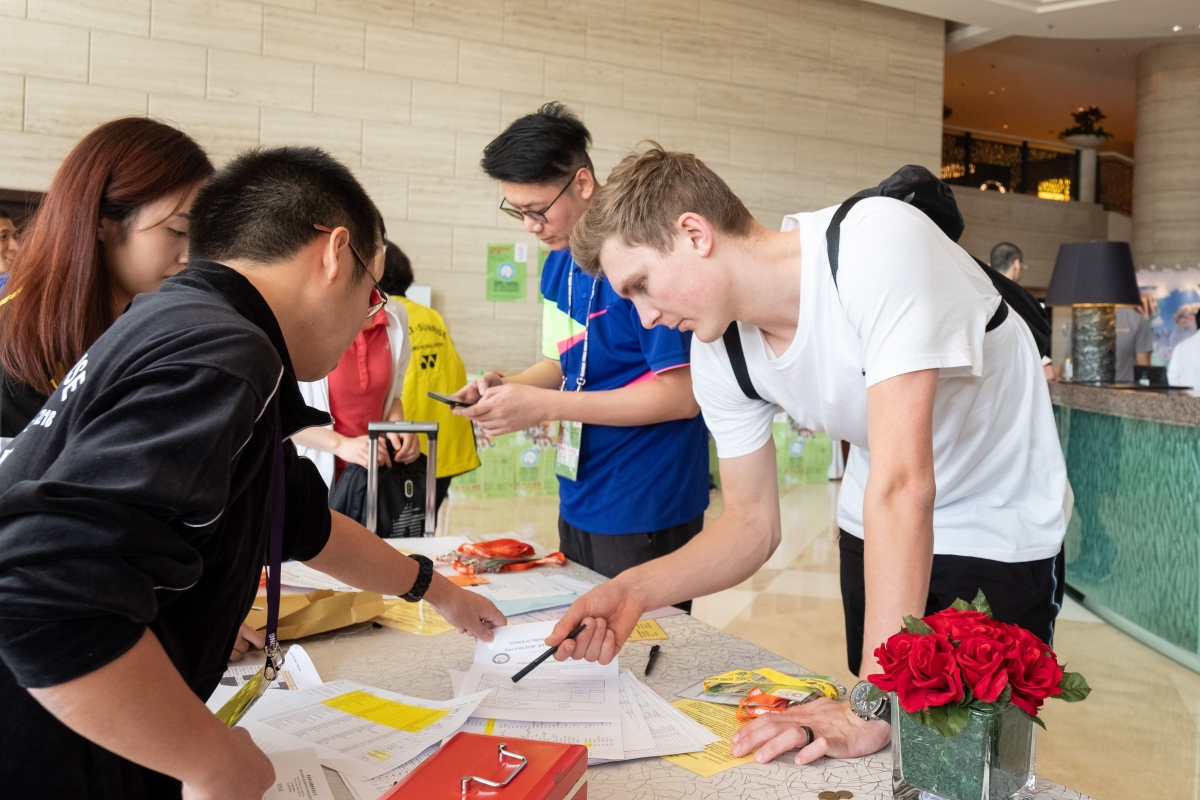 Asian Games Gold Medalist, seed No.6 Jonatan Christie of Indonesia arrived in Hong Kong yesterday. After losing to Anders Antonsen of Denmark in the quarter finals of the China Open, he said, ‘My result was not as expected. I should have believed in myself more. I will try my best in Hong Kong.’ For young players, they always want to play against Christie. Victor Svendsen is one of them. The Danish player said, ‘I’ve just entered the finals in Hungarian Open last week. I am in good shape. I want to play against Christie. It will be an exciting match.’ Another Danish player, World No.6 Viktor Axelsen who speaks fluent Mandarin will face the defending champion Son Wan Ho. Viktor said, ‘My status is getting better and better but there is still a lot of room for improvement. I will concentrate on my first game and hope that I will have a good result. It is definitely a tough match playing against Son.’

Chinese Taipei Women’s Singles Ace Tai Tzu Ying has decided to withdraw from the Hong Kong Open in order to get enough rest for the World Tour Finals in December after she suffered a knee injury in the China Open. Last year, Tai also withdrew due to injury when playing against Nozomi Okuhara of Japan at the semi-finals. World No.5 Ratchanok Intanon was surprised about Tai’s absent. She said, ‘Every single match in Women’s Singles is very tough. Players easily get fatigued and injured. Although Tai is not going to play, it’s still very hard to win in Hong Kong Open. I wasn’t doing well in China Open and it affected my confidence. I think I have to get over with it and resume my strength on the court.’

Team Korea and Japan have just arrived today. World No.1 Kento Momota didn’t seem exhausted after clinching the gold at the China Open with a 3-game final with Chou Tien Chen on Sunday. On the other hand, Chou Tien Chen admitted he felt tired after the China Open. ‘Although I feel tired, I played really well in China and I am in my best status. Last year, I stopped at the first round. My target is to surpass last year’s result.’ Chou humbly said. 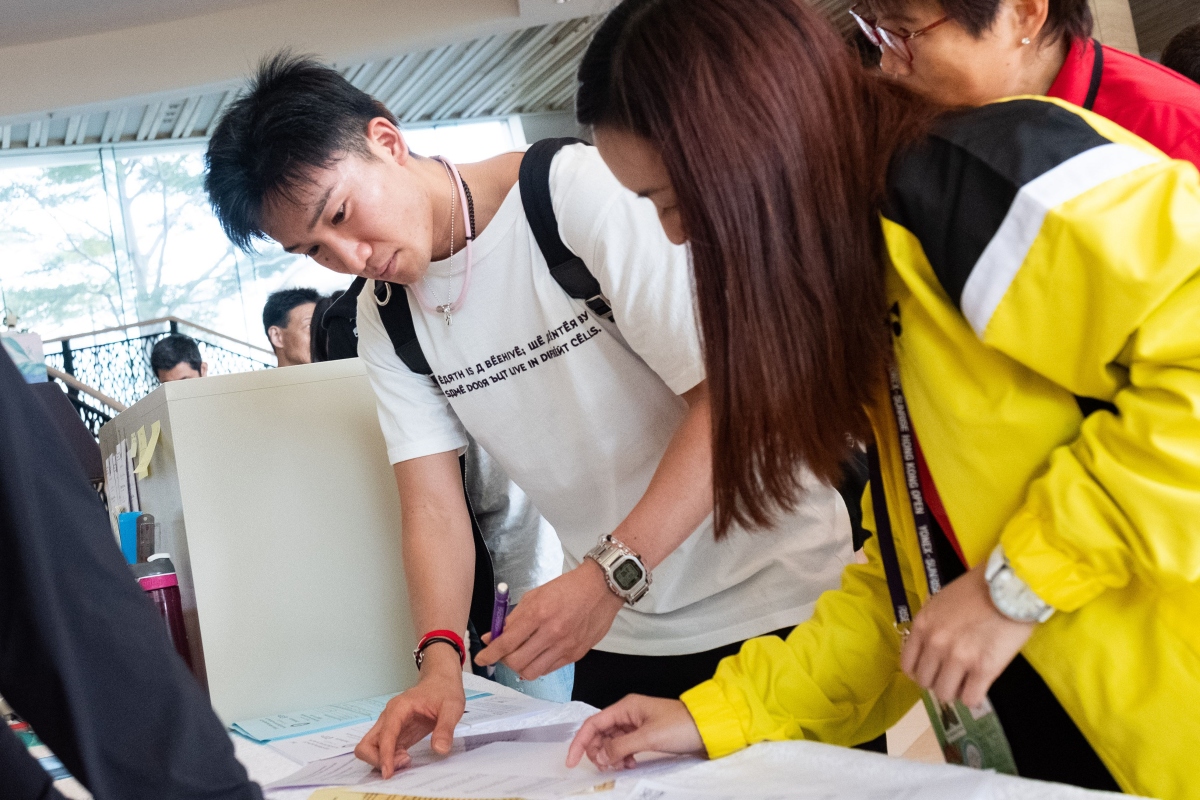