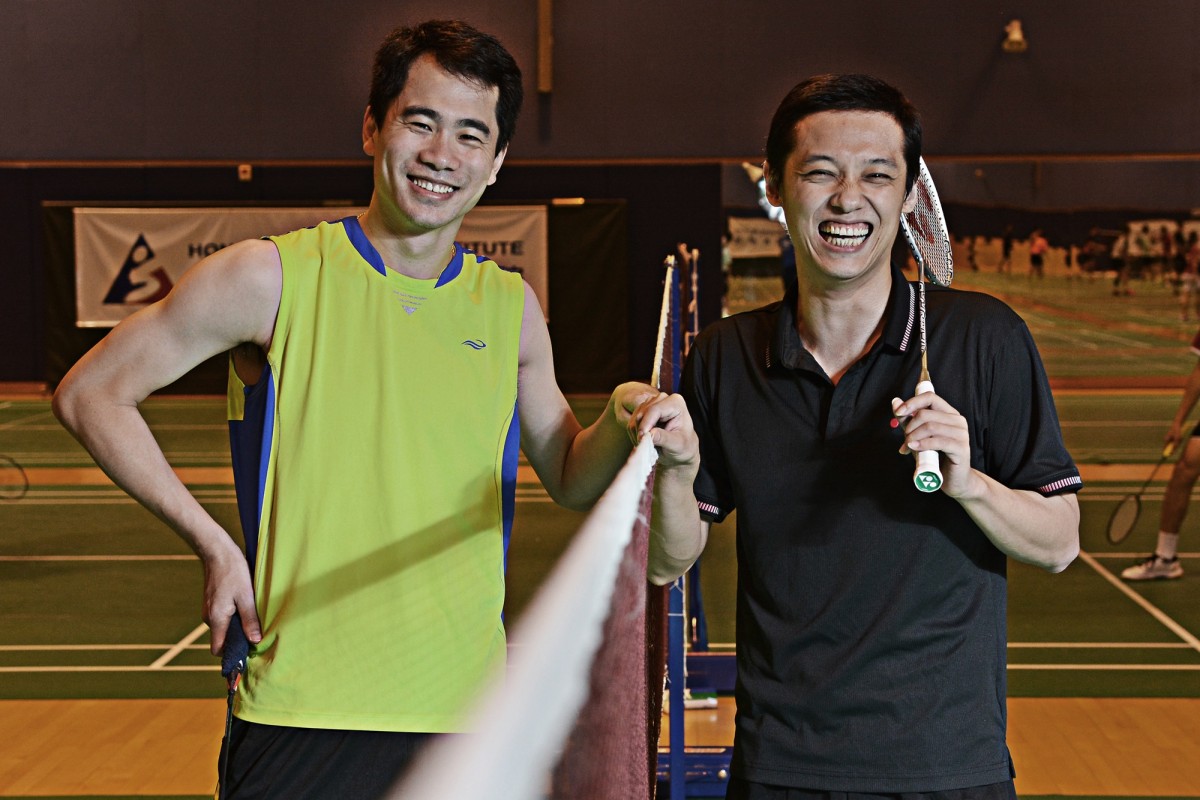 Hong Kong Badminton is flourishing in recent years with Hu Yun and Wei Nan constantly stands in the forefront of the world rankings, holding up the Hong Kong men's singles team. The two Post-80s veteran players will compete in the YONEX-SUNRISE Hong Kong Open Badminton Championships 2015 in late November and target to set foot on the Olympics stage for their very first time next year.

Hu Yun and Wei Nan, recently rank 13th and 14th in BWF Men Single, have a great chance to bring Hong Kong Men’s Team back to the Olympics after 16 years. Ng Wei and Tam Kai Chuen were the last two Hong Kong male players participate in Badminton event in 2000. Hu and Wei need to maintain their world ranking in top 16 before the cut off of qualification scoring for Rio Games in May next year.

Representing Hong Kong for 9 years, Hu Yun and Wei Nan have defeated top players such as Chen Long of China and Lee Chong Wei of Malaysia. As a veteran, they proved their value in the team and were called the ‘Giant Killers’. 34 year-old Hu Yun said, ‘Age is not a problem to me. To discover my own style in badminton is the most important thing which motivate me as always.’

‘I think my style of play is “Happy Badminton”, I enjoy every moment on the court. Try your best in the process, good result will then come along.’ Hu explains. The optimist’s positive attitude brightened up the whole interview with laughers and joy. ‘I’ve never pushed myself to achieve anything in a match. I enjoy every single one. Age doesn’t bother me. People ask when I will be retired, I said maybe 30! My mentality is only 20. I‘ve never limited myself. I am an optimist.’ Hu kept on explaining with his big smile.

Hu Yun and Wei Nan, rank top 16 in Men Single, are Hong Kong’s hope for the Olympics. Even everybody is talking about the Rio Games, Hu ignored it. For the past 6 months, he has never checked on the qualification score. ‘I don’t know my ranking. I just try my best in every game with or without Olympic qualification points. My goal for this year is the grand finals of the Super Series. Next year? Let’s talk about it next year!.’ He said.

Wei Nan, ‘I believe I will have better result’

Influenced by Hu Yun, the quiet Wei Nan also has built his confident from the court by obtaining the bronze medal in Asian Games and got into final 8 of the World Championship this year. ‘I was always nervous in the previous matches. After gaining experience, I learnt to believe in myself and my result become better and better.’ Wei said. During the interview, Wei always mentioned Hu. He said, ‘Hu is patient on the court and I am the other way around. As we live in the same room, he talked to me a lot and I started to understand try your best in every game is already good enough.’

Wei Nan is an attacking player. When talking about his career goal, he is also quite aggressive. He is targeting the Rio Games next year but his ultimate goal is the 2020 Tokyo Olympics. Wei said, ‘Olympic Games are always my dream! I also want my good friend Hu Yun to fight with me together. We’ve been practicing and supporting each other for so long. Of course we want to fulfill the dream together! I believe I can improve. Less pressure, then there will be more motivation.’ "

Hu Yun and Wei Nan will participate in YONEX-SUNRISE Hong Kong Open Badminton Championships 2015 next month with world ranking top 10 players. They both set their target to have a breakthrough in the Championships and strive for their best performance no matter if there is a home game advantage.

YONEX-SUNRISE Hong Kong Open Badminton Championships 2015 will be held from 17th to 22nd November at Hong Kong Coliseum. It is one of the Badminton World Federation’s Super Series tournaments with total prize money of US$350,000.00. has awarded "M" mark by Major Sports Events Committee since 2005. A new event website ( www.hkopenbadminton.org ) will launched to provide update result and news of the Championships.